This week, 90 Washington State political candidates signed the “Economic Recovery Pledge,” which calls on leaders “to oppose calls for knee-jerk budget cuts that will only worsen our economic crisis.”

The pledge was sponsored by the Civic Alliance for a Progressive Economy (CAPE) — a political organization sponsored by Civic Ventures, Working Washington, and OneAmerica Votes. The overwhelming response to the Pledge is a great sign that leaders understand we can’t cut our way to economic growth, and that we won’t be able to recover from this economic crisis without real investments in our people so that they can jumpstart the economy by spending money in their neighborhoods. Strikingly, over half of the 90 leaders who signed the pledge are incumbents, which means our leaders understand the severity of this crisis, and the scope of the measures that we need to resolve it.

At a time when our federal leaders continue to disappoint and shock us, it’s heartening to see that the state is in the hands of people who know how the economy works and what it needs to come roaring back. 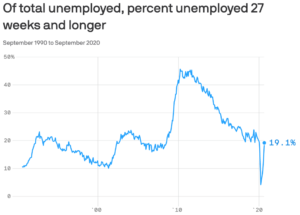 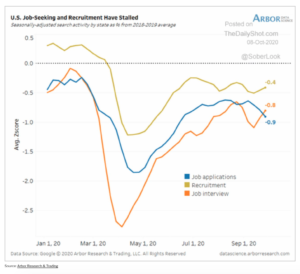 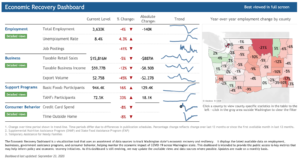 When President Trump pulled out of stimulus talks this week, news outlets were quick to report that the stock market dropped precipitously. But as we’re fond of saying at Civic Ventures, the stock market is just a mood ring for rich people; it doesn’t reflect the reality of what’s happening to most people in America today. I’d encourage you to read this Washington Post article, which talks to real Americans—not just Trump voters in diners—about what the lack of a new stimulus package means to their lives. These are small business owners who were betting their livelihoods and those of their employees that the Trump administration would do the right thing and pass a second stimulus package to help them make it through the winter. This is where the next wave of job losses, business closures, and economic hardship will begin, and these are the people behind the numbers. We can’t treat these developments like a game; this is a story that’s unfolding in every neighborhood around the country.

Photo by Thomas Renaud on Unsplash